One winter, the weather was unremittingly grey and grainy, a constant patter of damp over days and days. So, I decided to go south.

I decided to go because I could. Because there was no child, spouse or cat who needed tending right at that moment. Because deadlines allowed. Because it was grey and I had had enough of grey. And because I had like a million airmiles. Where better to look to the future than on The Cape of Good Hope? So that’s where I went. 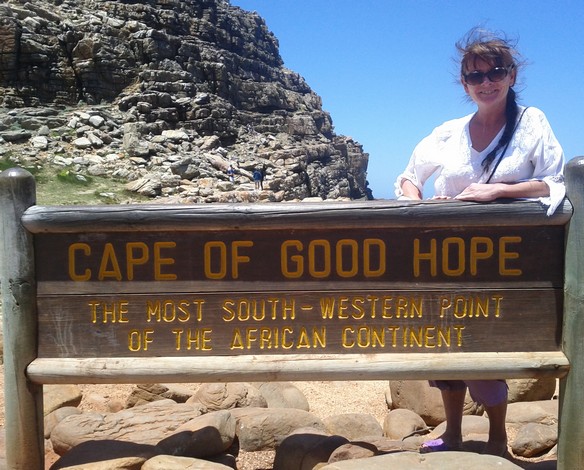 I knew enough of the area’s history to know that the name is a little misleading. In fact, it is a triumph of marketing over experience. The first Portuguese sea-captain who went to try to find a way from Europe to India without going overland — Bartolomeu Dias in 1487 — got as far as this Cape when a mutinying crew and bad weather drove him home. He reported to his King, that, oh yes, it was perfectly possible to reach India once you had rounded The Cape of Storms.

END_OF_DOCUMENT_TOKEN_TO_BE_REPLACED

Views so far from